We are Sandler®. With locations in Southeast, West, and Central Michigan, Sandler Training® by EAM Consulting Group is a performance development company partnering with businesses and high performing individuals to deliver training for sales, management, and organizational excellence to grow their top and bottom lines. Sandler Training® by EAM Consulting Group team has decades of experience in eliminating the frustration of building benchmark sales teams, making it possible to take their company and career to another level. 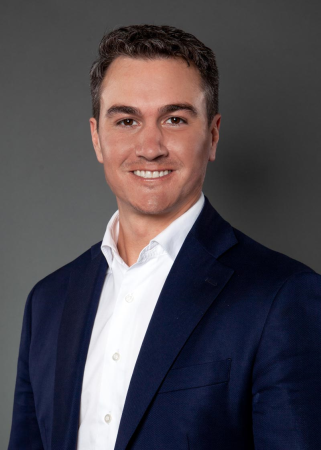 Erik Meier currently resides in Royal Oak, Michigan with his wife Anna and two daughters.  He was raised in Farmington Hills, Michigan, and is a Brother Rice Alum.  He attended Western Michigan University and the Haworth College of Business in Kalamazoo, before returning to Southeast Michigan to begin his business career.

“Sandler training is working and I barely have a moment to spare. I can’t even begin to describe the difference in my sales life. I have control, I have confidence, and I have a measurable system. I’ve set more appointments with less calls than ever before. I’ve lost almost all my cold call anxiety. Being able to pick up the phone, dial a prospect, and not be afraid or feel like I have to ask permission to do my job - that alone is worth its weight in gold.

Sandler is the best buying decision I have ever made.”

Erik Meier is a frequent guest expert contributor for the Sandler national business solutions Blog, as well as a recognized expert in the Troy, MI area.

He welcomes you to connect via LinkedIn or Email.